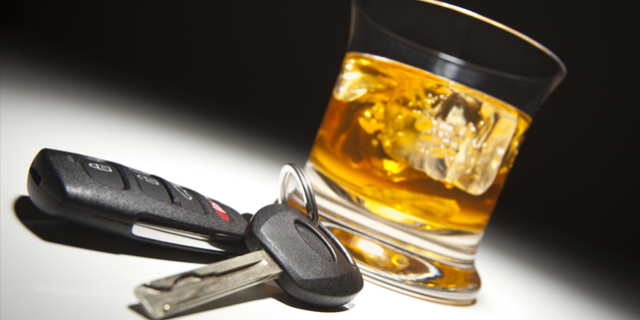 In the ever changing landscape of our Driving Under the Influence defense practice, we have the opportunity to forge some currently unsettled area of the law regarding how California’s Implied Consent Laws impact a client’s blood draw during a DUI investigation. In a current case I am handling, the issue is whether, in the absence of express consent, implied consent laws can be successfully utilized by the District Attorney to save an otherwise non-consensual blood draw from the client?

By way of some legal background, in the Supreme Court case Missouri v. McNeely (2013) 569 U.S. ___, 133 S.Ct. 1552, 185 L.Ed.2d 696, a Missouri police officer stopped McNeely and determined he was intoxicated. McNeely declined to use a portable breath-test device to measure his blood alcohol concentration. The officer subsequently placed McNeely under arrest. When McNeely indicated that he would refuse to provide a breath sample, the officer took McNeely to a nearby hospital for blood testing. The officer did not attempt to secure a warrant. At the hospital, the officer asked McNeely whether he would consent to a blood test. Reading from a standard implied consent form, the officer explained to McNeely that refusal to submit voluntarily to the test would lead to the immediate revocation of his driver’s license for one year and could be used against him in a future prosecution. McNeely refused. The officer then directed a hospital lab technician to take a blood sample. McNeely was charged with driving while intoxicated. McNeely argued that the results of the blood test had to be suppressed arguing that under the totality of the circumstances, taking his blood for chemical testing without a search warrant violated his rights under the Fourth Amendment. The McNeely trial court agreed. It concluded that the exigency exception to the warrant requirement did not apply because there were no circumstances suggesting the officer faced an emergency in which he could not practicably obtain a warrant. The Missouri Supreme Court affirmed, recognizing that Schmerber v. California (1966) 384 U. S. 757, 86 S.Ct. 1826, 16 L.Ed.2d 908 “provide[d] the backdrop” to its analysis. The Missouri Supreme Court held that Schmerber directed courts to engage in a totality of the circumstances analysis when determining whether exigency permits a nonconsensual, warrantless blood draw. The court further concluded that Schmerber “requires more than the mere dissipation of blood-alcohol evidence to support a warrantless blood draw in an alcohol-related case.” Finding that this was “unquestionably a routine DWI case” in which no factors other than the natural dissipation of blood-alcohol suggested that there was an emergency, the court held that the nonconsensual warrantless blood draw violated McNeely’s Fourth Amendment right to be free from unreasonable searches of his person. The United States Supreme Court affirmed and found that the natural dissipation of alcohol in the bloodstream does not establish a per se exigency that suffices on its own to justify an exception to the warrant requirement.

However, the issue for me then is this: Is it constitutionally permissible to allow a blood draw under California’s implied consent statutes with warrantless non-exigent circumstances if the draw violates the Fourth Amendment if done forcibly? A blood draw under California’s implied consent statutes and one analyzed under Schmerber and McNeely are different. See McNeely, supra, 133 S.Ct. at 1566; South Dakota v. Neville (1983) 459 U.S. 553, 559-60. See also United States v. Chapel (9th Cir. 1995) 55 F.Jd. 1416, 1419-20. With any Fourth Amendment consent, express or implied, consent still must be free and voluntary, rather than coerced or given in submission to authority. People v. Lawler (1973) 9 Cal.3d 156, 163; People v. Challoner (1982) 136 Cal.App.3d 779, 781. I would recognize that by choosing to drive on highways, drivers are subject to the regulations of implied consent laws. See Troppman v. Valverde (2007) 40 Cal.4th 1121, 1125, 1139. However, California’s implied consent for Fourth Amendment purposes must still be free and voluntary considered under a totality of the circumstances analysis. As an example, there are penalties leveled against drivers for refusals to cooperate with such testing upon arrest which would render such perceived implied consent illusory. See California Vehicle Code §§13353 [loss of driving privilege consequences for refusal] and 23577 [enhanced criminal consequences for being convicted of driving under the influence]. See also California Vehicle Code §§23612. It is presumed by law that a drivers is aware of these punishments. Murphy v. Clayton (1896 113 Cal. 153, 161; People v. Munroe (1893) 100 Cal. 664, 670; Bank One Texas v. Pollack (1994) 24 Cal.App.4th 973, 981. Although not completely dispositive on the issue of consent, the consequences taken in connection with other factors can still render implied consent involuntary. There is no per se exception to consent to trump Fourth Amendment protections simply because a statutory scheme was adhered to. Outside factors can still be considered and utilized in the Court’s analysis in determining the voluntariness of the consent under the totality of the circumstances. This would be consistent with analysis in McNeely and Schmerber. To analyze otherwise would lead to the inevitable conclusion that a driver arrested for driving under the influence would be subject to forcible blood draws in every circumstance under implied consent, disregarding any Fourth Amendment violations, however egregious. Even McNeely notes that the intent is not to do so, suggesting a driver’s refusal to submit to a chemical test under an implied consent law operates as a withdrawal of consent and renders any subsequent test non-consensual. McNeely, supra, 133 S.Ct. at p. 1566. Accordingly, the voluntariness of the consent would follow under a totality of the circumstances analysis that would include the implications and a driver’s understandings of California’ implied consent laws. Thus a driver who does not voluntarily and consensually cooperate with a chemical test pursuant to the implied consent law because of duress or coercion has not rendered consent, and a warrant would be required. Under a totality of the circumstances, ostensible adherence to the requirements of California’s implied consent statutes would not render a blood draw per se constitutionally proper if other factors outside the statutes would compromise the voluntariness of the consent. Conversely, neither is an officer’s failure to comply with the implied consent law an automatic violation of an arrestee’s constitutional rights. Ritschel v. City of Fountain Valley (2006) 137 Cal.App.4th 107, 118. Again, a totality of the circumstances analysis is needed. As I argued, any reliance on implied consent to save an involved warrantless search can still be constitutionally defective. Stay tuned as the issue moves forward and I will provide more through the appeal process.