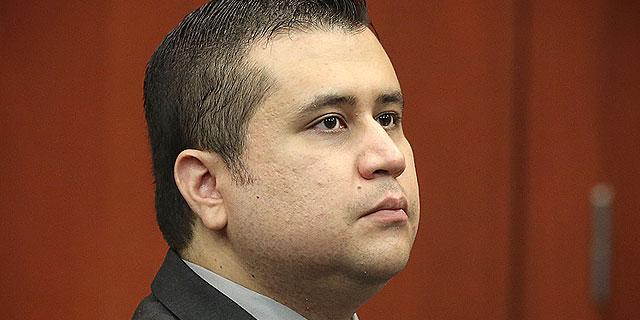 I could hardly believe it when I heard on the news this morning that George Zimmerman was arrested AGAIN today.

This is the same George Zimmerman who shot and killed Treyvon Martin and was subsequently acquitted following a very public jury trial. Many people felt that George Zimmerman got lucky. Here was a man facing life in prison for murder, who, due to some fine lawyering by his criminal defense attorneys, narrowly escaped conviction. You would think that someone who had been through that, and had faced the very real possibility of life in prison, would be scared, and make a firm commitment to avoid any run ins with the law. You would think that this guys would live everyday of his life with gratitude for the fact that he dodged a bullet, but seemingly no such luck. This guy was involved in an incident just a few months after being acquitted in which he was accused of punching his father in law in the face, and pulling a gun on his father in law and his estranged wife. There was an ipad involved in this incident which was thought to contain evidence of this crime, but the ipad was broken to the point that no evidence was recoverable. Charges were either dropped or never filed.

This week, Zimmerman was arrested again in Florida. He is now being accused of assaulting his girlfriend with a gun, in addition to some amount of domestic violence or battery. He is facing several charges including at least one felony. My suspicion is that Mr. Zimmerman will be willing to take these charges to trial, as he may be very confident that he can win at trial, as he has once before. Likewise, I suspect the District Attorney will be somewhat reluctant to plea bargain as they may feel like this is their chance for a second bite at the apple, so to speak. A second chance to get a conviction against Mr. Zimmerman, who they likely perceive as a menace, at this point.

At this point, one might rightfully ask what the chances are that George Zimmerman can get a fair trial in Florida. If I was representing Mr. Zimmerman in his new criminal case in Florida, I would have real concerns about whether or not he can get a fair trial in Florida, given that virtually everyone in that state knows about his case, as a result of the extremely high publicity given to his Murder trial. In addition, the media has reported heavily regarding his subsequent brushes with law enforcement. This is one of the issues that a defense attorney at trial wrestles with. A skilled criminal defense attorney takes jury selection very seriously, as he knows that a jury who is biased against his client will likely result in a conviction.

In addition to issues relating to whether their is a venue in which Zimmerman can get a fair trial, there will be evidentiary issues that impact whether or not Zimmerman will get a fair trial. As a criminal defense attorney I would fight like crazy to keep out any evidence that alludes directly or indirectly to Zimmerman’s previous legal battles. If the jury were find out about those, it could be extremely prejudicial to his new case. A cagey prosecutor would know this, and would likely look for ways to get the information in.

Only time will tell how Mr. Zimmerman will fair against the State of Florida in his new criminal case. If the case proceeds to to trial, it will be a monumental task for his defense attorneys to select a fair jury, in a proper venue, and keep all of the prejudicial information away from the jury.

Even if Mr. Zimmerman avoids a conviction this time, one has to wonder what the chances are that this is Mr. Zimmerman’s last run in with law enforcement.